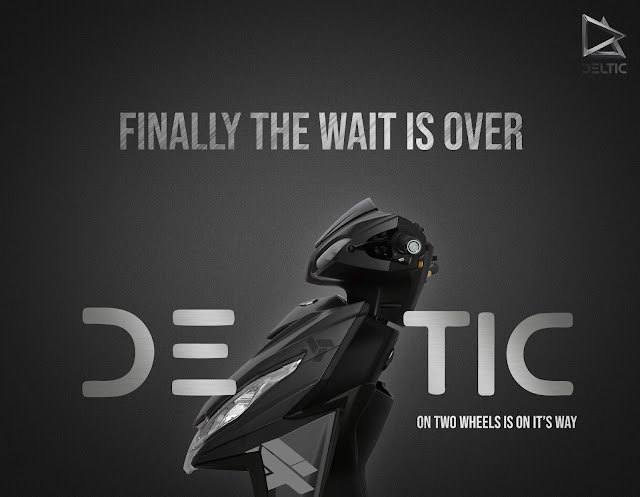 Electric vehicles dealership has emerged as one of the best investment opportunities in contemporary India as it is economic, promising and comes with heavy returns without requiring a lot of push-marketing. A new avenue to be in, the dealerships in this segment are not only flourishing today but would be gigantic resources of tomorrow if the investment is made in the right brand. A growing market, new names and brands have established themselves as market leaders. Our Deltic - A Unit of Delta Autocorp LLP itself is a fine example for the same, 4 years in business and we have established ourselves as one of the highest-selling e-rickshaw manufacturers with our state of the art design and engineering, the electric vehicle’s brand which is engineered in India and engineered for India. Deltic is already in the market of the e-bikes and e-scooters (battery operated scooters) with a great start-off while planning to launch e-loaders, e-autos, etc.

The goal of Deltic is to become the market leader in the segment of electric vehicles and every day we are closing on our dream, step by step. Deltic doesn’t only believe in personal success but the success of all its dealers and satisfaction of the customers. We feel happy that we could touch 30,000+ lives so far and a base of 300 dealers with a major stronghold in 15 states of India - especially focusing on rural India at the beginning as the motto of the company is, “India First”.

Mr Umar Khan - a Deltic E-scooter Dealer in Bihar
We will like to share the story of Mr Umar Khan, a dealer of ours in Bihar who invested in Deltic e-scooter dealership in Bihar, 1 year ago and he is already expanding his showroom to accommodate larger inventories and customer footfall. Mr Khan is from central Bihar and he had been owning the dealership of a different e-scooter brand for the last 3 years but the recurring technical issues and lack of coordination from the company led him to a tough phase managing customer complains and bad company policies. Frustrated by his experience he decided to cut ties with the brand while contemplating if he should continue with the e-vehicles segment or not!

Browsing through the internet he bumped into Deltic - a unit of Delta Autocorp LLP, he went through the website of the company www.deltic.co and found the organization to be interesting because of its organizational structure and growing e-vehicles dealership network. As he filled Deltic’s dealership registration form, he planned to sign-up for more brands but Deltic’s sales team was the first to get in touch. Mr Khan loved the quick response and met the Regional Manager of the company. He was surprised to know that Deltic e-vehicles (e-scooters and e-rickshaws or Toto as locally called) are engineered in India and engineered for India. Another fact that Deltic owns a dealership/distributorship network containing 300 dealers was a push that Mr Khan couldn’t resist. Yet he wanted to get clear about the company’s policies with respect to e-vehicles servicing and the effectiveness of the company’s manufacturing and R&D.

In no time he got presented with the standing operating processes answering all his queries and doubts. Already owning a commercial space, Mr Khan invested in Deltic and went with 6 Deltic Dash and 4 Deltic EZ to start off with. Planning a new branding strategy to regain the lost market presence due to the previous misfortune, Mr Khan got assisted by the national sales and marketing team to go to market with the Deltic brand. He also got supported by the local dealers as if this whole thing was like a family. Meeting other dealers and seeing the return on investment and profits made by them made him double sure about his investment in deltic. Within a month he got out of stock and it was time to scale up the game. Mr Khan devised a strategy to stock a large inventory of 30 electric scooters and use the wave of Deltic Dash as the best e-scooter in the market to grow his sales numbers. Deltic Dash and Deltic EZ both became the buzz word in the area, things went as per the plan.

Many of his previous friends from the other the e-scooter brand came to him and told him that he was lucky to decide with best e-vehicles (e-scooter dealership and e-rickshaw or Toto dealership) dealership opportunity in India. This was a proud moment for him as his intuitive risk had resulted in a profitable business of his own where he could focus on his actual work, sales and operational management. Seeing the growth Mr Khan decided to expand and he leased a larger and better area for his showroom while investing duly in the interiors to match the expectations of the customers as a national brand.

Mr Khan has become one of the best performing Deltic dealers. He also went for a Thailand trip with his family as rewarded by the company for his good work. Mr Khan is not just another successful businessman today but an inspiration to Deltic family. His story which began with humble beginnings saw days of fulfilment and contentment with sheer hard-work.

We feel proud of being the reason for so many smiles and stories of today’s job creators who had started their businesses while trusting in our brand and rest is history. To Deltic family, to our e-vehicle dealers and dealership network, to coming stories.

Popular posts from this blog

March 09, 2020
Ankit Agarwal is a young, dynamic and pragmatic green-energy entrepreneur who has reflected perseverance, inventive attitude and erected self-sustained businesses across his career. As many industry experts say, it is the personality of Mr. Agarwal which inspires togetherness, belief and focus and hence a young company like Deltic could gain high market share in the segment of electric vehicles.
Young Days
Since a young boy, Ankit Agarwal has been fascinated by technical advancements and the sustainable solutions they bring with them, for problems that have been bothering the ecosystem for long. Hence, despite his interest in pure science, he opted for engineering for higher studies. Joining R.V.C.E in Bangalore in 2002 was quite an exposure, both because of the great environment inside the college, and the city that Bangalore is - Silicon Valley of India.
While studying his engineering, Ankit did not stay confined by the immediate curriculum, only. He remained on a constant journey …
Post a Comment
Read more

Deltic and the Right Dealership

March 09, 2020
To understand the ecosystem of the franchise or dealership, we did basic research with few of the dealers and consultants in the market. The following is an excerpt from the interview Deltic (Delta Autocorp) took with a consultant who has helped more than 50 franchisees to own the right business for them.
Deltic: How do you make someone understand what is the right business for them? Which is the most suitable framework to understand a business as a layman especially when keeping franchise-investment in mind?
Consultant: Well, I make it case dependent but one generic model is most understandable is BCG Matrix. According to BCG Matrix, there is something called Cash Cow and Star refer below:
How to Focus on the Stars with a Clever BCG Matrix
This helps you to assess your running businesses or assess any other businesses especially for a person who has not been into business.
Keeping the perspective of a franchise in mind, one can help oneself with understanding the various aspects of…
Post a Comment
Read more
HOME
OUR STORY
DELTIC PASSENGER
DELTIC COMMERCIAL
CAREERS
CONTACT US